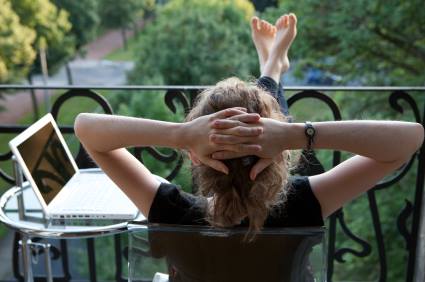 That’s nearly a month down the line and we’re still under ‘house arrest’ although the time has not been idly spent.  Have deliberately kept away from social media as I find it all too depressing!   It has, however, given me the opportunity to create a new IgnotusBooksUK.com blog site (https://ignotusbooksuk.wordpress.com/blog/) to showcase all the books currently in publication under this banner – non-fiction and fiction.  We are slowly adding new authors to our ranks, who have proven antecedents and who have no hesitation in disclosing their Craft background.

From 1997 until 2007 Ignotus held the reputation of being one of the most innovative and imaginative presses of the time in the mind, body and spirit genre.  This was because we only invited submissions direct from authors (including first time authors) and our emphasis was on the practical aspects of magic and spiritual techniques rather than self-help material.  We also upheld the policy that all those authors be established members of the Path or Tradition they were writing about and had genuine antecedents.  And we did check!  This was so we could guarantee that our readers only purchased books by bone fide magical practitioners with a proven track record.  Little has changed – although nowadays the reading public appears not to concern itself with such things – but we still consider it an important facet of Ignotus Books.

Similarly, it has been decided that the latest title, Round About the Cauldron Go … will only be available as a limited edition publication, since this is a rare publication indeed.  It is a  collaboration between several Coven of the Scales Initiates who all conform to the above criteria.  The title is on its final read-through and getting five highly experienced witches to agree on a given subject has been an achievement in itself!  Discussions have grown out of discussions and ultimately the book will give a fascinating glimpse into the hidden world of traditional British Old Craft and its sabbatic origins.

The compilation of The Witch’s Book of Simples is also growing apace and this is another rarity, inasmuch that ‘Simples’ have long been an integral part of the old folk-medicine of witches, wise-women and cunning folk. A Simple was a plant grown on its own as a medicine – Simple being a term from the melding of two Latin words, Singula plica: a single purpose. This was the most elementary way to use medicinal plants since no fancy recipes or scientific acumen was needed as Simples were often given as an infusion or used as a poultice or compress.  But this element of traditional witchcraft has long been in the shadows …

The next book to be published is The (Inner-City) Path: A Gleaning of the Seasons that was inspired by Chet Raymo’s book of similar title – that chronicled his own daily walk to work and observing the seasonal changes with a scientist’s curiosity. As often happens, I began thinking ‘what if’ there was a complementary book written from a pagan perspective for when we take to our local paths for our daily dog walk. And, as if arising from this external creative impulse The Path began to unravel in the mind’s eye … based on several familiar walks that have merged together over the years to make a chapbook of the seasons and to offer a glimpse into the pagan mind-set that can find mystery under every leaf and rock along the way, or caught in the murmur of running water, and to act as a simple guide to achieving a sense of well-being and awareness. Due 25th September 2020 from Moon Books.

And last but not least I’m half way through the fifth in The Hugo Braithwaite Mysteries – Screenplay – which has the glamour and romance of vintage Hollywood memorabilia.  But, of course, Hugo can’t stay away from trouble and this time it nearly gets Danny killed!