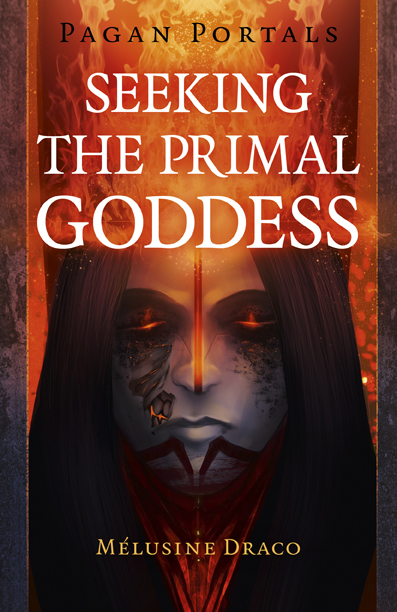 Using archaeology, archaeo-mythology and mitochondrial DNA we can chart the mass migrations of people throughout the ancient world and follow the footsteps of the beliefs of Old Europe. But if the concept of the Old Goddess is at odds with current popular thinking, how will we feel if we discover that the Great Mother of contemporary Paganism bears no similarity to the primal Great Goddess of the Old European world?

Is there a ‘magico-spiritual’ gene that could be traced back to those distant ancestors who actually worshipped the forebears of the various deities to whom we claim allegiance today? Are there time-honoured things about us all as individuals that are bred deep in the bone? Are we what our roots (our DNA) claim us to be? Perhaps, even though we are now scattered all over the globe, we cannot escape those ancient racial memories of where we originally came from.

As most of my readers will know, I have a fascination for odd and obscure historical facts that are hidden away in the millions of sources that outstrip and confound the confines of the Internet – it’s finding them that presents the stimulation and the challenge. If we merely rely on the regurgitated information of contemporary paganism not only does our mind become stagnant, but for those who follow the Craft of the witch, so do our magical abilities.

Over the years I have also incorporated a great deal of folk- cunning- and country-lore into my books on witchcraft with a view to preserving that knowledge for future generations. Much of what even my grandparents’ generation once knew is now lost because it was never recorded for posterity. True there are numerous pagan books written about similar subjects but it is obvious that a large number of them don’t have the countryside in their blood and fail to reflect the magic and mystery of growing up in an uncomplicated rural environment. Strangely enough, these sentiments are often now viewed as some form of elitism but I prefer to go back to the roots of learning rather than consult something that has been cobbled together from different popular titles without any true grounding in Nature  MD.
Mélusine Draco originally trained in the magical arts of traditional British Old Craft with Bob and Mériém Clay-Egerton. She has been a magical and spiritual instructor for over 20 years with Arcanum and the Temple of Khem, and is the author of numerous popular books. The Primal Goddess is her latest title due for publication in January 2020 and a companion title to Pan: Dark Lord of the Forest & and God of the Witches.  Both are published by Moon Books http://www.moon-books.net.