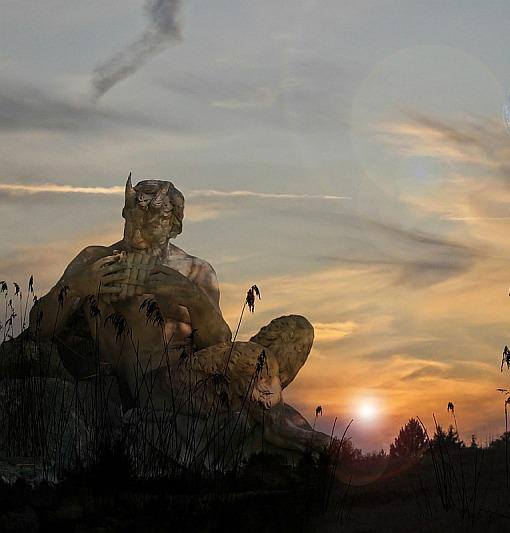 There is an increasing  tendency these days for groups and individuals to portray themselves as being more exciting, adventurous or more magically competent by covering themselves with the mantle of ‘Darkness’.   Let’s make no bones about it – there is no such thing as Black or White Magic, and the realms of Darkness and Shadow are an intrinsic part of everyday magical practice regardless of path, creed or tradition.

Once we fumble our way past beginner stage, we quickly come to realise that magic is a tantalizing system of opposites: black/white, active/passive, male/female, dark/light, day/night and that the opposite of ‘good’ isn’t necessarily ‘evil’ – or even lukewarm wicked!  And even once we reach the path of the Initiate, we find that things haven’t changed much, except that we now realise we know nothing and have to begin again by looking at life, magic and the Universe from a different perspective.

Nevertheless, there are elements of ancient magic that an old CoS colleague of mine once described as ‘Ooo-er magic!’  meaning that it had been modernized (or bastardised)  out of all recognition, and put across as being slightly risqué or risky, depending on how one viewed the practice.   The impression was given that certain deities, who were simply Underworld or Otherworld denizens, or had an unfavorable appearance, were hailed as the ones to follow, and those who were nervous about interacting with such energies might be better served taking up macramé.

And a good rummage around in the ‘darker’ aspects of the monotheistic  or Abrahamic religions is always good for a bit of ‘Ooo-er magic’ providing those you are trying to convince don’t bother too much with  research into the background claims of the participants. Where would we be, for instance, without the supporting cast of the Book of Revelations, the  Apocrypha and Pseudepigrapha?

A person’s magical inclinations are just that: personal.  They are governed by an individual’s own ethics and morality in what Meriem Clay-Egerton always described as forty shades of grey (long before THAT book came out).  My Welsh slate grey might be your black; your gun-metal grey might be my white – again, it’s all a matter of perception.

Practitioners of Craft magic  learn  to curse as well as heal but in all honesty, healing has probably caused more unintentional damage that all the cursers on the planet, if the latter could be persuaded to get up off their collective backsides to admit that they much preferred a nice bottling or binding because it is far less trouble.  All experienced witches learn to walk safely on the wild (or dark) side that they occasionally need to tread but they do it with a certain amount of fear and a hell of a lot of respect.  Because as that same colleague commented: ‘If you don’t feel that frisson of fear, you ain’t doing it right!’

So the next time you see an on-line promotion for those who enjoy walking on the dark side that reads as though it’s just come straight from ‘The Lord of the Rings’ … it probably has!

One thought on “A WALK ON THE WILD SIDE”