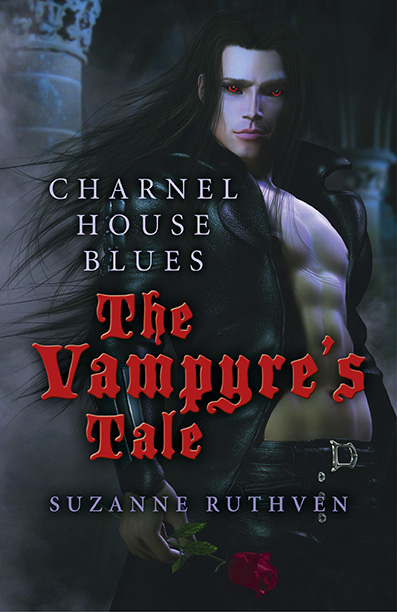 From time to time I will be introducing reviews for books that are complementary to traditional British Old Craft and the Khemetic Mysteries … or just because they contain their fair share of ‘magical truths’ that are pertinent to all Paths and Traditions. Wisdom isn’t confined to a single belief system and sometimes we can benefit from a different viewpoint … even if it’s not remotely connected to the Path we personally follow.  But it’s that time of year again …

Is a view of vampire culture through the eyes of Lord Ruthven – the first vampire in the literary world from John Polidori’s The Vampyre. Written as faction, Lord Ruthven rarely appears in vampiric anthologies and has never been filmed – neither has he ever been vanquished!  So perhaps it was time to turn him into a fictional hero in the character of Alastor the Wanderer, and he makes his first appearance in Spartan Dog: The Vampyre’s Tale. Not only does his story reflect the trials and tribulations of the Old World, he also finds himself embroiled in a contemporary intrigue that runs parallel with his narrative and which threatens to expose him to the unknown dangers of the 21st century. Nevertheless, he has a powerful guardian in the beautiful, but long-dead Egyptian sorceress Amenirdis whose influence reaches out from beyond the grave to protect him.

But to return to his first factional incarnation …

Carys Llewellyn : Freelance writer and book reviewer
“Just when you think that everything’s been written about vampires, along comes Suzanne Ruthven’s ‘Charnel House Blues: The Vampyre’s Tale’ giving us the most autocratic, attractive, enticing, seductive, witty, literary and discerning revenant of them all. Lord Ruthven isn’t, of course, an original creation. He’s the result of that famous ghost story challenge from the Villa Diadoti but this author puts an up-to-date ‘faction’ spin on the story and introduces us to this undead (as opposed to ‘undying’) culture through the eyes the first vampire in the literary world.

We know from John Polidori’s description that his Lordship is handsome but on other matters we must allow him to speak for himself: “It’s a sorry fact, but vampires aren’t what they used to be. I should know because I’m the last remaining member of my species from the ancient world; although if I’m brutally honest, this longevity is as much the product of becoming the alter idem of that club-footed Casanova, George Gordon, the sixth Lord Byron than any fortitude on my part.”

He’s discerning to the point of snobbery often referring to the Eastern European vampire as ‘the Balkan bloodsuckers’: “For the true vampire’s taste, blood should be savoured like fine wine, which means of course, that we do not go on a nightly rampage killing indiscriminately. The prey should be carefully selected and stalked with a hunter’s eye – for who knows what trash that lithesome lovely may be using to pollute her body behind closed doors. An unspoiled Group A RH Positive should only be consumed once a month and savoured, whilst a weekly intake of an inferior drug or drink laced concoction would be the equivalent of binge-drinking courtesy of Oddbins!”

Not to mention highly seductive: “I was considered to be fascinating and exotic, and since the touch of the vampire allowed for seduction without dishonour, I was able to pleasure those young ladies of noble birth in secret. The vampire’s kiss is not always deadly, and the smallest sip can be likened to savouring a glass of fine wine, without the urge to consume the whole bottle.”

With bored, literary distain we are taken on a cloak-swirling tour of vampire fact, film and fiction and given some strange insights into the way an Old World revenant views itself and the modern vampire cult that keeps it alive and flourishing. I’d invite his Lordship to dinner any time!”

Jan Malique | amazon.com and amazon.co.uk
“Lord Ruthven is a vampire who is intelligent, worldly and terribly adult.

The vampire, or vampyre, has haunted the corridors of our collective unconscious for as long as humanity has existed. Or it seems that way. A “bad and dangerous” creature who has been dark muse to generations of writers and spinners of fantasy within the cinematic world in modern times. One might question the fervour of our desire where this entity is concerned. The emotions are complex and often conflicting, blood and sex inextricably wrapping us in an unending embrace. What of the voice of the objects of our attention? Many have spoken but in this offering the author has allowed an exemplar of an ancient lineage to further enlighten us about the true origins of his kind, correcting fallacies in laconic tones whilst doing so.

Lord Ruthven is a vampire who is intelligent, worldly and terribly adult. He is not without humour, commenting dryly that he has “now become a ‘genre’ which often causes me to smile.” Who else but a vampire to reveal the truth of the haunted creature hiding in the shadows. He invites us into a darkened library to sit and listen well, his erudite musings (and as such the author’s) covering a huge breadth of analysis, commentary and personal insights into the vampire as fact and fiction. This book is a veritable storehouse of information for the discerning reader, restoring the “Gothic” to its rightful place. The icon is stripped bare of the accretions of popular culture and clothed with finery and darkness. There is much that I had forgotten and this book was a timely reminder of why I enjoyed the gothic charms of the vampire. Enjoy dear readers!”