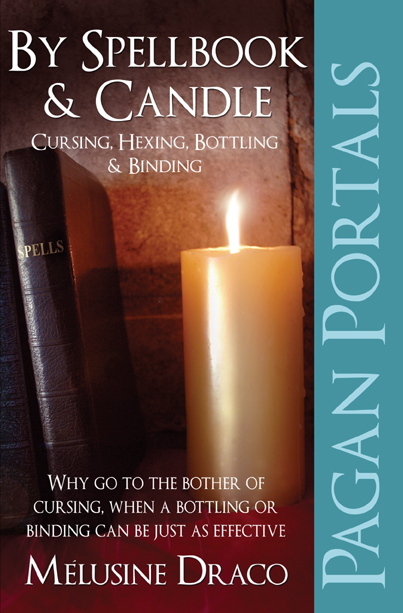 Every book has a story behind the story of how it came to be written. It may be about a life-long passion, a personal journey, the need to share an experience or knowledge. It may have been fermenting in the brain for years, or sprung fully formed from a blinding epiphany.  Whether it be fact or fiction, sometimes the story behind the story is almost as interesting as the published book itself …

Elsewhere I’ve likened the Pagan Portals (and Shaman Pathways) series published by Moon Books as the equivalent of the ‘Ladybird’ books we had as children and which, more often than not, were the titles that sparked our life-long passion for nature, history and travel.  Weighing in at just 25,000 the author has to make every magical word count and cram as much information as possible into the hundred or so pages to whet the appetite of the pagan seeker after knowledge.

The subject concerning the morality of cursing regularly raises its head in discussion and under what circumstances can we challenge the established ways of thinking and ask ourselves: Can cursing ever be justified? And if we hesitate for just a moment, then we must ask the next question: Is cursing evil? The Christian priesthood obviously felt their cause was just and as a result, the Church’s curses are so virulent that it’s not just the ‘victim’ that suffers but their offspring in successive generations. And in the cursing stakes (pun intended) the Catholic Church can out-gun any menopausal witch for sheer spite, malevolence and cruelty.  Surprised?  It’s a fact …

Another aspect that is often overlooked is that it takes a long time to lay a successful curse and often may take several days before the sender has raised this dark energy by stoking up tightly controlled emotions in order to make the magic work. Many people confused binding and bottling and, although similar in preparation, the long-term outcome is often employed for different purposes. Neither carry the finality or strength of a full-blown curse and, unlike the curse, both can be ‘undone’ should it become necessary to negate the spell for whatever reason.  We should also bear in mind a ‘price’ often exacted on those laying a curse, because if it should ‘misfire’, it will inevitably rebound on the sender. Think things through beforehand and do not fling a curse if a bottling or binding will do the trick.

Curses, in the long term, are usually counter-productive and self-defeating, since few people who throw a curse bother to concern themselves with the far-reaching implications. Binding and bottling give a far greater ‘control’ over the outcome and if, at the end of the day, you decide it’s really not worth the effort, then the bottling or binding can be undone … a curse cannot.  So … can cursing ever be justified? Is cursing evil? Do curses even work? My answer is always – ‘Harm my dog and find out!’